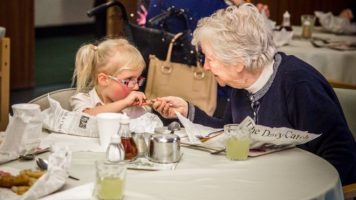 Have you ever forgotten where you last placed your keys or double booked an appointment? Well the headline is, that common-or garden forgetfulness shouldn’t be confused with Dementia or Alzheimer’s. Irritating as forgetting someone’s birthday may be, we all experience a dose of memory lapse from time to time. It is quite common for those in later life to encounter increasing episodes of forgetfulness but it is important to recognised when there are developing cognitive problems leading to something more serious. we recognise awareness of Alzheimer’s disease have greatly improved over the last decade and now it is being identified much earlier on in life. This condition is alternatively known as Dementia and the most common cause of Alzheimer’s disease. Symptoms include constant loss of memory, issues with thought processing, problem solving and language.

Unfortunately, the condition is progressive with numbers of cases rising in the UK but at the same time, new and innovative approaches are being developed for those in their later years who might otherwise in the past have been passed by.

Everybody is different: while some of us will continue to be as active as possible, others will try to optimise their quality of life to reduce the impact of dementia. While normally living in a world of the present time, there is evidence to suggest those with severe dementia do respond to familiar stimuli even in the most advanced stages of the condition.

To find out more about Dementia Action around NE Essex and about Frontotemporal Dementia (or Pick’s disease): https://www.ageconcerncolchester.org.uk/2020/01/11/joint-action-over-dementia-across-ne-essex/

What exactly is Dementia?

Dementia is essentially a steady decline in a number of the brain’s executive functions i.e. memory and cognitive functioning – the ability to do simple tasks. This also effects thinking and behaviour adversely. Though Dementia is normally encountered in later years, people do not expect to get it in the course of their life. Because we are living longer, more cases are reported than ever before.

Why is combatting Dementia important?

In the 21st century Dementia has been identified as the most likely cause of death in later years.

How does Dementia affect carers and loved ones?

For the a dementia patient’s loved ones this can be devastating experience as it can be a slow and progressive process.

What are the early signs of Dementia?

As Dementia is a progressive condition, it can be overlooked during its early stages but can start with someone becoming increasingly forgetful or loosing track of time. They might become too easily lost around a familiar place, it might be a location they have known for many years. The onset of the more advanced stages of Dementia might signify significant loss of memory leading to confusion, sometimes failing to remember key events from the past or even the ability to recognise family. Physical activity does become progressively challenging with muscle tone weakening causing mobility problems. Behaviour may develop which is uncharacteristic and can shock. In the most advanced stages anxiety could lead to aggression.

Can Dementia be cured?

Unfortunately not at the moment, but there is some breakthrough research going on. Also much is being done to prolong quality of life and too slow the process down so that it doesn’t progress as rapidly.

People who can make life style changes have a greater chance of slowing the onset of dementia enjoying quality of life for a longer time.

What are the differences between Dementia and Alzheimer’s?

Though not exactly the same, many confuse the two when referring to both. Each condition affects memory. Alzheimer’s is the most common type of dementia in that a patient’s memory, language and thought will deteriorate as they get older.

How can Dementia be treated?

You may be surprised to know how much difference you will make by regularly talking to someone who at first seems unresponsive, even if it is as little as 10 minutes per day. The soothing effects of a familiar voice could stave off anxiety attacks whereas the more agitated episodes will possibly occur less frequently. If you have a loved one who is living in a care home, the staff can keep up a dialogue within a daily routine of interaction with a resident. Given certain personal information about the patient’s background, a loved one is kept regularly incommunicado. Talking about the patient’s interest and hobbies, particularly about enjoyable pass-times while they were well, is a good starting point to encourage familiarity. A Befriending option with a local organisation might be available to provide both regularity and stability based on a volunteer making a connection with someone living nearby who has dementia.

Read here some of the current approaches and therapeutic innovations to improve life for those with this progressive condition.

Doll Therapy: “The use of dolls can bring great benefit to some people with a diagnosis of dementia, particularly those in later stages. It involves making a doll available to the person to hold or to sit with.” – Dementia UK: https://www.dementiauk.org/the-use-of-dolls-in-dementia-care/

Tactile Stimulation: “This type of stimulation is concerned with awareness of texture and touch. sandpaper, plastic fruits, and pine cones can also be used in tactile stimulation.” SAMVEDNA http://samvednacare.com/blog/2018/04/09/5-types-of-multi-sensory-stimulation-for-dementia-patients/

Music Therapy: “Music accesses different parts of the brain than language, so music can be used to communicate or engage with someone who has been diagnosed with dementia, even if they no longer speak or respond to other people’s words. Playing soothing music to a person may inspire an emotional reaction in them. Playing music that meant something to them, such as a favourite song, a piece of music from their wedding, or a tune they used to sing to their children, can tap into powerful memories and emotions.” – Dementia UK: https://www.dementiauk.org/music-therapy/

Talking Therapy: “Talking therapies encourage people to talk about their thoughts and feelings, and how these affect their mood and behaviours. They are delivered by a professional, such as a counsellor, clinical or counselling psychologist, psychotherapist, psychiatrist or nurse. Each will have been trained in the respective approach and have a recognised qualification that is monitored by their professional body or the Health and Care Professions Council.” – Alzheimer’s UK: https://www.alzheimers.org.uk/about-dementia/treatments/talking-therapies

Art Therapy: When working with people who have dementia, it is far more productive to communicate using emotional and creative centres rather than logic and memory centres. This is why art therapy for Alzheimer’s is such an effective means of improving quality of life. Painting and drawing, even sculpting, are common hobbies. All are excellent ways to relax, but creating art is more than just a recreational pastime. Art provides a way to reach inside ourselves, to put on paper or some other medium.” – Best Alzheimer’s Products: https://best-alzheimers-products.com/alternative-therapy-for-alzheimers/art-therapy-for-alzheimers

Toddlers and Early Years: “In a bold new experiment, the first of its kind in the UK, a group of toddlers head to a dementia day-care centre to share three days of time and activities with adults in their 70s and 80s. Overseen by expert psychologists from Bangor University, north Wales, this ambitious project tests if children might be the secret weapon in helping fight the sometimes crippling effects of dementia.” – BBC News 23.06: https://www.bbc.co.uk/programmes/b0b3kk1h

Photographic Treatment: “Photographic Treatment was conducted in collaboration with neurologists, gerontologists and psychologists to provide an image-based therapeutic tool for dementia patients. Improve the quality of life of elderly people with dementia by staging “photo interventions.” They’re individual or group sessions that focus conversations on images she curated over the span of three years.” – CNN 20.08: https://edition.cnn.com/2018/08/20/health/photographic-treatment-dementia-photos/index.html

One thought on “A Simplified Guide to Dementia”